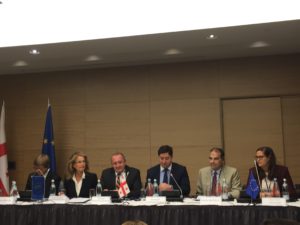 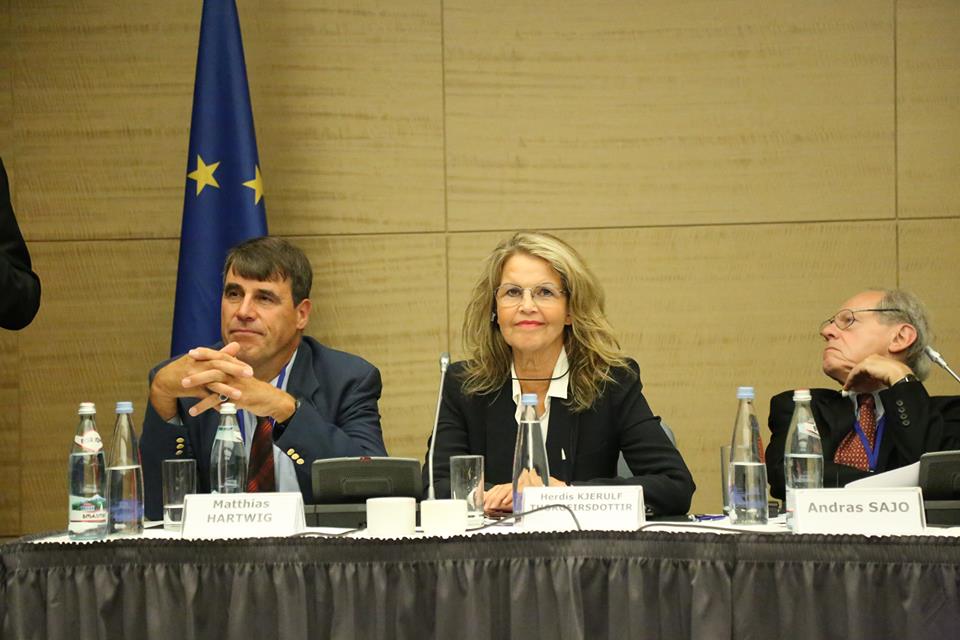 Success and Challenges of Constitutional Review

in Georgia and Eastern Europe”

Vice-President of the Venice Commission

President of the Republic of Georgia

President of the Constitutional Court,

It is a pleasure for me to be in this beautiful and –– judging from the cranes and construction sites –– ever growing city of Batumi today, to celebrate the 20th anniversary of the Constitutional Court of Georgia.

Twenty years is not a long time for a country like Georgia, with its rich history stretching over hundreds of years. But, it nevertheless represents two decades!

During this time, the Constitutional Court of Georgia has been anything but idle,  contributing to building a basis for the modern state of Georgia as well as tackling difficult problems and challenging situations.

These are not small feats!

Europe is increasingly witnessing situations in which undue pressure is placed on constitutional courts by other branches of government.

This is done either by questioning their jurisdiction or by drafting new laws that limit their powers or aim to control their composition.  This tests the limits of the constitution and sometimes even breaches them.

The Venice Commission strongly condemns this type of practice. It runs counter to the model of a democratic state based on the rule of law and governed by the principle of the separation of powers.

This does not mean – however – that state bodies are prohibited from publicly disagreeing with a judgment of the constitutional court. But, it does mean that when they do so, they make it clear that the judgment will still be implemented, regardless of whether or not they agree with it.

We have to remember that Constitutional justice is a key component of the checks and balances of a constitutional democracy.

The President of Georgia asked the Venice Commission to prepare an urgent opinion on these already adopted amendments at the end of May, and the preliminary opinion for Georgia, which ensued, was then endorsed last June.

In this opinion, the Venice Commission reiterated that a constitutional courts’ main task is to identify and remove unconstitutional provisions from the body of legislation. This is why the continued functioning of these courts is a precondition for the legitimacy of State action in a democracy – and this principle has practical repercussions on the constitutional court’s composition and on its procedure.

On the basis of the opinion, the President of Georgia vetoed the amendments and this was accepted by Parliament.

I am pleased that a compromise could be reached on this matter, but it seems that the Amendments contributed to slowing down the Court in its work.

The Constitutional Court of Georgia is facing problems from within and without.

As regards the pressure from outside – and I cannot stress this enough – it should be clear that the decision-making process of judges must be independent and there should be sanctions against those who are seeking to influence judges.

As regards the functioning of the Court – it is crucial that judges exercise their work in a professional manner and, it must be underlined that they have a constitutional duty to do so. Deliberate failure to appear at hearings and deliberate failure to sign judgments that result in the Court not being able to function correctly, damage the Court’s work, effectiveness and, finally, its reputation. This is absolutely unacceptable.

I hope that the Court will cease to be a target both from within and from without and that constitutional justice in Georgia will once again be appreciated and respected.

Today, we are gathered here to discuss constitutional justice in a transnational democracy: success and challenges of constitutional review in Georgia and Eastern Europe.

Transnational democracy – democracy beyond national borders – is a very topical subject. In an increasingly globalised world, where political and economic decisions made in one country often have an impact beyond this country’s national borders, it is helpful and important for common democratic standards to exist and to be observed.

The Venice Commission, which was set up after the fall of the Berlin Wall, bases its legal advice on European standards and on international experience that have been established and gathered since the Second World War by the Council of Europe in the fields of democracy, human rights and the rule of law.

I would therefore like to strongly encourage Georgia to introduce a full individual complaint procedure.

Your Court has the capacity and means both on the organisational and, most importantly, on the intellectual resource-level, to become a very effective filter, and more importantly, to become a cornerstone for the protection of human rights in Georgia.

Georgia and its Constitutional Court can, and should, be proud of the achievements they have accumulated over the past 20 years.

I am confident that democracy, the protection of human rights and the rule of law are going to continue to grow in your country.

I would like to end by congratulating the Constitutional Court of Georgia and all its judges and staff on this Court’s 20th birthday and wish it all the best for the future.

Thank you for your attention. 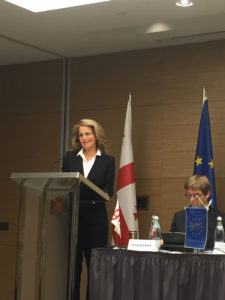