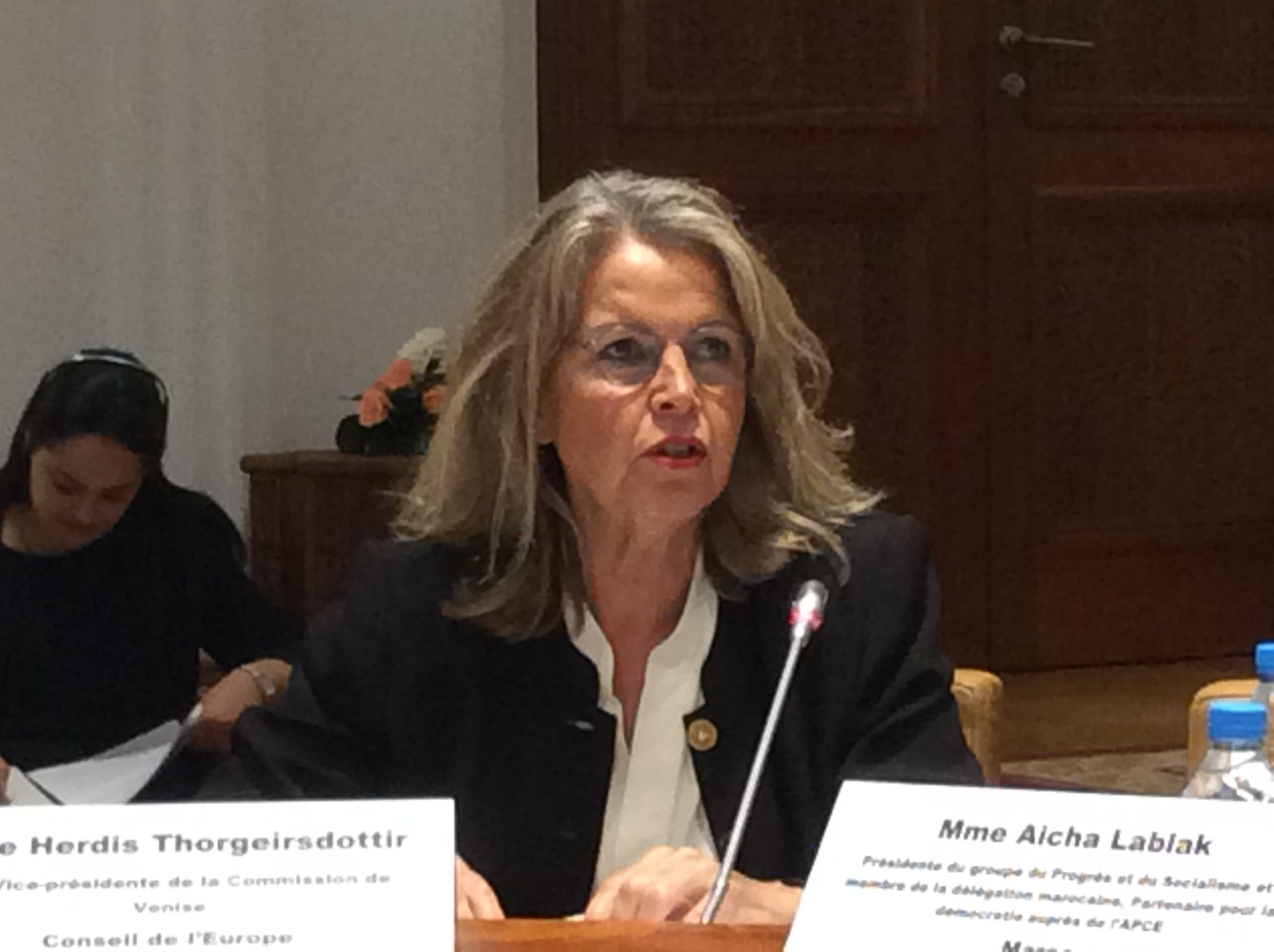 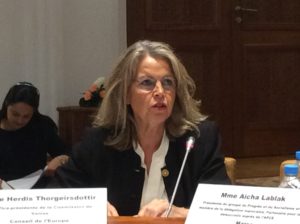 Thank you Madame Kovács, Chairperson of the Committee on Equality and Non-Discrimination of the Parliamentary Assembly of the Council of Europe and Mr Allal Amraoui, Member of the Moroccan Delegation to the Parliamentary Assembly –  for giving me the floor in this closing session to add a few words concerning the work of the Venice Commission – the European Commission for Democracy through Law – on gender equality and women’s participation in elections.

On behalf of the Venice Commission I would like to thank again our hosts, the Parliament of Morocco, for providing us with this impressive location and you all, dear participants, for an exceptionally interesting day of discussions and for your truly inspiring comments. An event like this will undoubtedly help shape the mindset of legislators in this region and elsewhere towards empowering women. As was mentioned by one of the last speakers, Mr. Benzzaouz, the times have changed so today nobody dears publicly to belittle women’s request for their rights. This is spot-on. As I mentioned in my presentation earlier today it seems incredible now but in 1959 – in the heart of Europe – in Switzerland a referendum was held on women’s suffrage and the majority of men, 67%, voted against it –   an outcome unthinkable today and Swiss women did not gain the right to vote until 1971.

Values change over time. In retrospect views have indeed incrementally changed, yet in a profound way. Looking back to the cautious wording of the Venice Commission’s Code of Good Practice in Electoral Matters from 2002, which stated: « Legal rules requiring a minimum percentage of persons of each gender among candidates should not be considered as contrary to the principle of equal suffrage if they have a constitutional basis » – there is a markedly much firmer tone in the Venice Commission’s joint Guidelines on Political Party Regulation – with the / OSCE/ODIHR in 2010. The Guidelines stress that the prohibition of discrimination is one of the most fundamental principles of current international human rights law and that the small number of women in politics in many states remains a critical issue which undermines the full functioning of democratic processes. The Venice Commission, along with the Committee of Ministers, encourages the Member States of the Council of Europe to increase women’s representation by introducing quotas – pointing to the fact that a number of countries have introduced electoral gender quotas in recent years and that voluntary gender quotas are applied by many others. The adoption of voluntary quotas is in the view of the Venice Commission an exemplary effort in ensuring a party’s commitment to equality and non-discrimination on the part of such parties and should be viewed positively.

Regarding mechanisms to promote the representation of women the Venice Commission persistently emphasizes that in respecting universal and regional instruments designed to ensure equality for women, as well as general principles for non-discrimination, legislation should endeavor to ensure that women are able to participate fully in political parties as a fundamental means for the full enjoyment of their political rights. Furthermore, that « affirmative measures » are not contrary to the principle of equality as long as they are temporary and aim to overcome an existing discrimination.

It is with great pleasure that I thank one of the participants in this conference, who is well acquainted with the work of the Venice Commission, and who approached me earlier today to acknowledge the positive evolution in the work of the Venice Commission in matters concerning electoral law and gender equality – praising the stronger wording in the last decade with regard to affirmative measures, which in return enhanced the value of the opinions in the area of women’s participation in politics – adding also the firm stance of the Venice Commission recently to the important factor of campaign financing – all among the crucial matters that determine the state of democracy and human rights in each society. I have asked for permission to quote the exact words of this distinguished participant in our talk who concluded by saying: « The Venice Commission opinions are probably the most important means to influence political will and behavior of authorities in the Council of Europe Member States. Some states do not listen until the Venice Commission speaks! »

Thank you and may peace be upon you