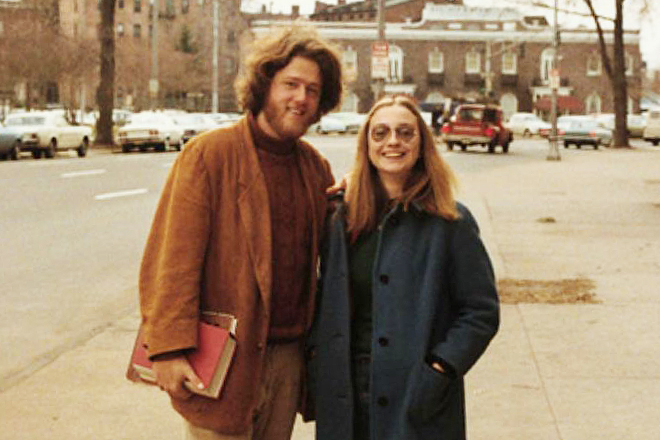 No matter who wins the Democratic nomination, it is now utterly clear that the Clinton team disastrously misjudged the American electorate. This is not an accident. It derives from the Clintons’ gradual evolution from idealists to hardened insiders, America’s decline into crony capitalism, and the Democratic establishment’s betrayal of its base, over the last forty years. In the most recent debate Hillary tried to pivot, and she might just pull it off, in image though not in reality.

Hillary Clinton started her political life as a reformer in an era when one could still be an ethical insider, and when American banking, politics, and academia had not yet been completely deformed by money. Her life since has been a succession of brutally hard lessons, compromises, and eventually betrayals. Some were her own fault, some were her husband’s, while others came from the pressures and incentives generated by the growing corruption of America’s establishment over the last generation.

Hillary Clinton’s first compromise was her choice of husband. Bill Clinton’s brilliance, ambition, charm, and dishonesty showed early, and Hillary made many sacrifices for him – moving to Arkansas, becoming the lone female partner of the Rose law firm — and joining Walmart’s board of directors. She supported her family (Bill Clinton’s salary as Arkansas governor was under $40,000), tolerated her husband’s tasteless infidelities, and helped plan his ascent to the White House.

The White House was brutal to both of them. They had no money. The Secret Service agents charged with protecting their lives had served Republicans for the previous twelve years; some were openly disdainful, even to the media. The Clintons also made avoidable errors, antagonizing the press and Congress unnecessarily. The first term was rough; the second, horrific. A Republican House of Representatives, a disgusting pig of a Special Prosecutor trolling through their private lives, Monica Lewinsky, impeachment, the Asian financial crisis, Bosnia, failed Mideast peace talks. His legal expenses were huge — lawsuits by Paula Jones, the Special Prosecutor’s investigations, impeachment. When the Clintons left the White House, their net worth was something like negative $10 million.

One must feel enormous sympathy for Mrs. Clinton in these circumstances. However, one must also note several extremely disturbing trends dating from the same period — trends which have intensified since. The Clinton Administration gave Wall Street everything it wanted, even when there were clear signs of danger. It repealed Glass-Steagall, stopped enforcing laws and regulations, pushed developing nations to open their financial markets to Wall Street, and banned the regulation of derivatives. Huge banking mergers went unchallenged, even when their legality was questionable and their economic benefits even more so. Capital gains taxes were sharply reduced.

Aggressive deregulation and lax enforcement continued even as abuses and crises mounted. Wall Street committed rampant fraud in promoting Internet stocks; nothing was done. The collapse of the Long Term Capital Management hedge fund signaled that derivatives did need to be regulated, but Larry Summers and Robert Rubin arrogantly overruled the chair of the Commodity Futures Trading Commission. The Asian financial crisis signaled clearly that finance was running amok; but the Clinton administration resisted reform.

And then there was money. The Clintons left the White House determined never to be at anyone’s mercy ever again. When Hillary Clinton ran for Senate in 2000, she made it clear that her husband’s unqualified support was required. Aided by the President, Hillary Clinton raised more money than anyone ever had — so much that Al Gore’s Presidential campaign was infuriated by the diversion of resources, which some feel may have cost Gore the Presidency. In January 2001, Bill Clinton pardoned four criminals in a New York Hasidic enclave whose one thousand residents had voted nearly unanimously for Hillary.

After leaving office, Bill Clinton embraced money-making with a vengeance, making speeches to nearly anyone who would pay. After Hillary left the State Department, she did the same thing. Following the 2008 financial crisis, both Clintons remained remarkably silent about Wall Street deregulation, reregulation, and, especially, about the question of criminal prosecution. When pressed on these matters, Bill Clinton was thoroughly dishonest. Several years ago, I conversed with him about the subject. When I asked about his deregulation of derivatives, he lied beautifully, claiming that he was forced into it against his will. Neither Bill nor Hillary ever called for criminal prosecutions or for breaking up the banks.

The Clintons were accepting reality. American business was becoming concentrated and ultra-powerful, and its money was flooding politics and academia. In banking, defense, telecommunications, drugs, energy, industrial food, and airlines, unchallenged mergers led to consolidation and enormous profits – profits only possible through deregulation and, frequently, criminal behavior. The financial crisis of 2008 was the most spectacular result, but there are many others, including the prices that Americans pay for health care, air travel, and even Internet access.

The Clintons are insiders now, their personal wealth of over $50 million derived nearly entirely from the wealthy and powerful. And it shows. Hillary’s gradualism in health care carefully protects health-related industries. Her proposals for financial regulation do not include putting executives in jail, or confiscating the wealth they obtained by theft. Ironically, Bernie Sanders apparently feels that he must tread carefully here, because being fully direct about this issue would require criticizing President Obama. So Mrs. Clinton might just get away with pretending to be the reformer she once was.

But which she isn’t anymore. She is imprisoned by the money, politics, husband, supporters, foundation, friends, privileges, and opportunities. It is hard to give up being an insider. The parties aren’t as good, you don’t fly on private jets, you can’t meet absolutely anyone you want, and you don’t always win. But America might just be entering a new era of real social and economic upheaval, with demands for reform on a scale not seen since the Depression. And despite all her brilliance and experience, Mrs. Clinton is now on the wrong side. Not nearly as far over on the wrong side as Trump, Cruz, and reactionary Republicans, but on the wrong side nonetheless. And this is, in fact, a real tragedy.